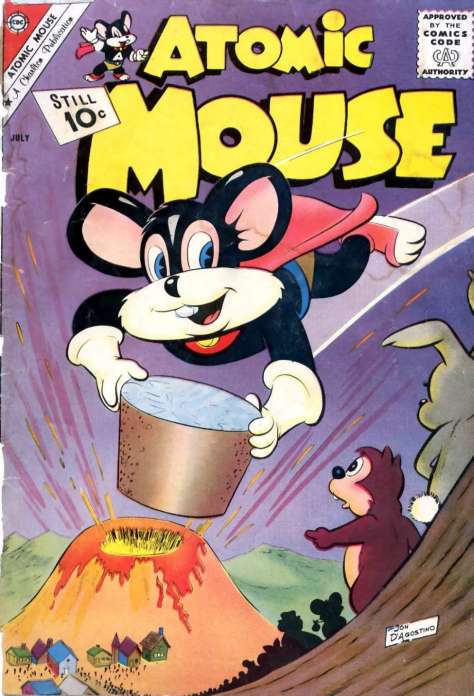 “Atomic Mouse” is a series of comic books created by Al Fago. It is a story about an ordinary mouse, Cimota Mouse, who takes U235 and turns into a super mouse called Atomic Mouse. Cimota Mouse is Count Gatto’s little pet that gets magic tricks done on. One day Count Gatto turned Cimota Mouse into a tiny mouse the size of atoms. He meets a few atoms who give him the U235. After becoming Atomic Mouse, he helps keep his town peaceful and has to often fight of his old master Count Gatto. The comic captures the views on atomic energy of people from the early 1950′s. Atomic Mouse reveals how people believed U235 made people stronger and better. It also reveals how people in the 1950′s believed that nuclear energy could keep America safe.